I began writing about Covid-19 in March, integrating data analysis, the latest international scientific studies and logical reasoning to formulate a series of conclusions about mouth protection in public spaces, ventilation and elevated humidity, outdoor versus indoor infection, surface contamination, the role of superspreading events, aerosols and social distancing.

I’m not a virologist or an epidemiologist. I was trained as a scientist. Graduated in 1971 and worked for a number of years as a scientific assistant at the University of Amsterdam. My specialization is research and statistics. I learned to program in 1965. I’ve been working on (big) data analyses for a long time.

I am good at analyzing data, recognizing patterns. I am also good at logic. Was a real Math-type at school. Also good at reading and assessing scientific studies.

From the end of March I wrote articles on this site about Covid-19. By analyzing data, reading the latest international scientific studies and logical reasoning, I have drawn a series of conclusions. In the meantime some of them are either generally acknowledged or caused discussions, which eventually come to the same conclusions as I drew then.

Let me now turn to the separate conclusions I drew in my articles and to what extent these conclusions have now become more mainstream:

On March 30, I wrote this article “Why wearing face masks is the only logical conclusion for now”.

On 5 June the WHO advised to wear mouth masks in public places.

From the first blogs on March 27th I wrote about the influence of humidity on the spread of the virus. On April 2nd in the article: “Yes! These are the spread accelerators; the micro drops”, a number of things came together. I described in it that you could prevent infections by increasing the humidity and ventilation.

In several articles in April I indicated that the infections mainly occur indoors. After the outcome of a number of investigations, I explicitly stated in my article on 25 April that people should go outside much more.  I also mentioned this Chinese study about the locations of infection, which is recently widely quoted in the media as a substantiation for the much smaller chance of being infected outdoors.

About 1 month after my article, some of the usual suspects (virologists and epidemiologists on Dutch television) that the chance of being infected outside is significantly smaller than inside.

In my article of April 14th  with the title: “This is how the virus spreads” I described that the chance of infection through objects is very small.

On 22 May, the American CDC revised its advice and reported that the transmission via objects is not as great as had previously been assumed. Prof. Streeck’s study in Heinsberg subsequently came out, in which he was unable to collect virus particles from objects in 21 households, which were also capable of infecting people in further laboratory research.

On June 3rd I described the approach in Japan and an article in the New York Times entitled “Stop the superspreading events”. Research in various countries confirmed my conclusions of April 24th .

From April 2nd I drew attention to the major role of aerosols in the spread of the virus. Indeed, I could not imagine that during meetings with many people, even if all precautions were taken, super spread could take place in any other way than by air.

That evidence was provided by the study of Prof. Streeck in Gangelt. I described that in this article on May 4th . If you look broadly at the figures, almost all Covid-19 infections seem to be airborne, as I described on June 3rd.

There are more and more prominent virologists pointing out the importance of the airborne spread of the virus. This was for example the podcast of Prof. Christian Drosten in which he says the following: “Droplet transmission is more likely to play a smaller role than the transmission via aerosols”. On June 10, a new study was released called “Identifying airborne transmission as the dominant route for the transmission of COVID-19”. The title says it all. Another additional proof of the central role of the virus floating in the air.

In the Netherlands the RIVM (CDC) and the Outbreak Management Team (for the time being) hold the opinion that that role is not there or very small. Unfortunately, however, these Dutch experts prove time and again that they are behind the facts. (Take, for example, the discussion about mouth protection, in which Van Dissel, the chairman of the CDC, even after introducing mouth masks in public transport, said in public that it was unnecessary. I am curious what he will say now, now that the WHO has also changed its mind when it comes to mouth protection in outdoor areas).

Although there is increasing international recognition that airborne contamination could play a major role, this is not (yet) the case in the Netherlands with the official authorities.

But now that the German RIVM (RKI) also recognizes aerosols as a way of contamination and even a professor has come to EenVandaag to draw attention to it, a check symbol is added to this section as well.

The RIVM’s reluctance to recognise this is dramatically linked to the following point.

From the moment the Dutch Government announced the 1.5 meter society as the new normal, I have resisted this in different ways. And through my cooperation with www.smartexit.nu I also operationalized it in another way.

In essence that objection is twofold. On the one hand, it causes considerable economic and social damage. For that reason alone, I strongly oppose the proposal to formalize the 1.5-metre society by law. On the other hand, it is also not the right answer to the real danger of the large-scale infection with the virus. 80% of the infections take place via superspreading events. And that doesn’t happen, I note here, because people don’t stay 1.5 meters apart, but because of the floating virus in the air, which is inhaled by those present for a longer period of time.

So the 1.5 meter does not prevent the majority of the infections, and also provides a false certainty. In Georgia, for example, we see that after the opening of churches where people held tightly to the 1.5 meters, contaminations occurred again.

But at this point there is a huge obstacle, of which I’m afraid that as a large block of concrete it keeps our society (both economically and socially) deep under water and thus destroys a lot (unnecessarily).

That obstacle is, that almost all virologists and epidemiologists assume that influenza spreads through droplets and that this also applies to Covid-19 (and SARS). This is how they are trained and how they look at the spread of these infectious diseases. This is also reflected in the attitude of the WHO (and RIVM (CDC), and Outbreak Management Team). People hardly want to think about any other way of spreading these infectious diseases. Let alone that it plays a dominant role. Because that has colossal consequences with retrospective effect. Quite a lot of the work done in the past in this field suddenly loses its basis.

The 1.5-meter society (social distancing) is the consequence of the fact that you state that people are infected almost exclusively through direct contact. If the contamination occurs mainly (or almost exclusively) through the air, then this 1.5-meter society is not necessary and we have to take other measures. (And that actually only concerns ensuring that superspreading events cannot take place).

That’s why you see the pattern that 99% of virologists and epidemiologists, no matter what conclusions they draw, always end up with “and by the way we believe that people inside or outside, social distancing should be kept”. To my ears, it gradually sounds like a kind of desperate attempt to sustain what can no longer be sustained, that the infection of Covid-19 (and influenza) occurs almost exclusively through direct contact.

And most politicians are therefore so hypnotized (under the influence of the Bergamo trauma) that they repeat these mantras thoughtlessly. It doesn’t matter that the facts show that there is no increase of new infections when deviating from the 1,5 meter distance (like during the beautiful Easter weeked and that beautiful Ascension Day). And it doesn’t matter that there are hard indications worldwide that the outbreaks in slaughterhouses are due to the low temperatures, which encourages the long exposure to aerosols. It must and will be the deviation from the 1.5 meter/sociale distancing measure or some alternative explanation outside the workplace. It should therefore have happened in the residential complex and commuter traffic. Or not in aircraft, but elsewhere at the airport. As long as one can keep one’s own mantra of the 1.5 meter distance.

As an extension of this, we see that while a package of measures has been taken such as “stopping meetings of larger groups of people”, “closing schools” and “social distancing/1.5 meters”, the clear decrease in the number of infected people is purely attributed to the latter measure. Mentally, for them it is not even conceivable that it could be due to the first measure alone.  Especially when we now know that people are infected so much less at home than during a superspreading event.

The only way I can place this, is by comparing it with the beginning of the 17th century. Everyone was convinced that the sun revolved around the earth. Galilei came and claimed it was the other way around. That was too much of a paradigm for the clever minds of the time. And Galilei ended up under house arrest. 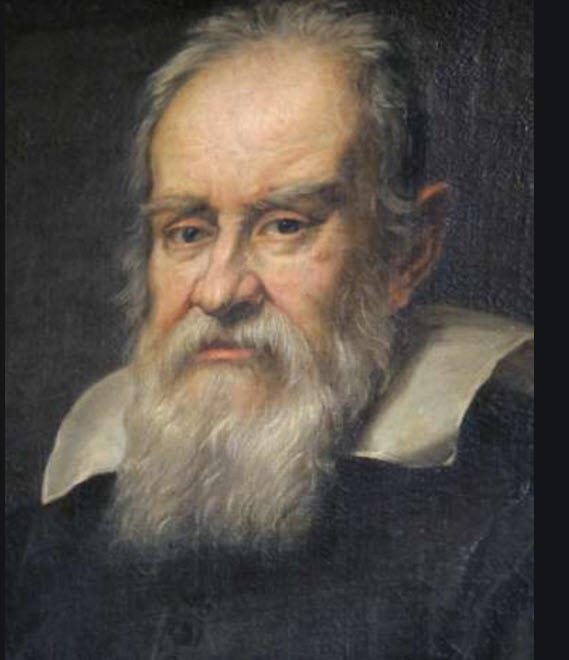 The fact that in the end it took a while before it was admitted that Galilei was right did not harm the course of human history.

But every day that it takes longer to face the fact that the virus spreads (mainly or only) by air and that the 1.5 meter society does not protect us, the more the enormous damage is done.

The fact that the experts involved (RIVM, OMT, virologists and epidemiologists) can comfortably maintain a position that has become virtually untenable on logical grounds and the latest research results, is due to the fact that the media let them debit their old mantras without any critical questions. And hardly any attention is paid to counter-arguments.

Media, who do not play their role critically and constantly invite the usual suspects to debit their mantras. And we have politicians in and around our government, who apparently have been hypnotized at one point or another. All they can do is to repeat “keep 1.5 meter distance wherever you are”.

Hoping the ship returns to shore safely, but then I’m afraid the ship is already sinking.