It struck me for the first time a month ago: in the US, workers in the meat processing industry went on strike because COVID-19 had broken out among a number of colleagues. That turned out to be only the beginning, as we now see large numbers of infected workers in the meat processing industry outside the US as well. They form the base for outbreaks in the area around those factories.

There are two components that make these kinds of factories superspreading hotspots. First of all: if you look at photos of those factories, you can see that people are working very closely together. 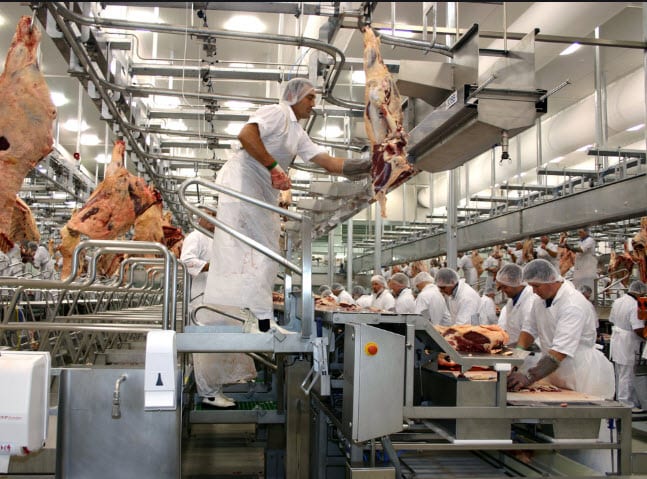 But I don’t think that’s the only reason that makes COVID-19 strike in meat processing factories. The second reason seems to be that in those factories the temperature is usually kept a bit lower. Not only in storage areas, but also in the rest of the factory. And that creates favorable conditions for micro drops to stay airborne longer and thus contaminate more employees. It is also known that in a colder environment the virus can be found for a longer period of time on, for example, metal. Whichever of the three causes, in combination with each other, every meat processing plant has the risk of becoming a superspreading hotspot.

As a result, in areas of the US where COVID-19 had not yet really broken out and the weather conditions were actually unfavorable for a major outbreak of the virus, it still happened because of the infected workers in those factories.

With the help of Google I came across these outbreaks in the vicinity of factories like this in North America.

If you read the messages, there also seems to be a connection with the type of employees that work in those factories and the way some employers deal with sick people. (Let them come to work anyway).

But also in other countries we see in the media that there are outbreaks at slaughterhouses and meat processing factories:

In the rest of Europe and in the Netherlands I haven’t really been able to find the kind of outbreaks like in the US. But I don’t know if that means it’s less the case in Europe, or if it’s because it hasn’t been recognized yet that these kind of factories could be hotspots of COVID-19 contamination. Especially in areas where there are already a lot of infestations anyway, it might not be noticed.

This is a website where you can find the locations of those factories in the Netherlands. 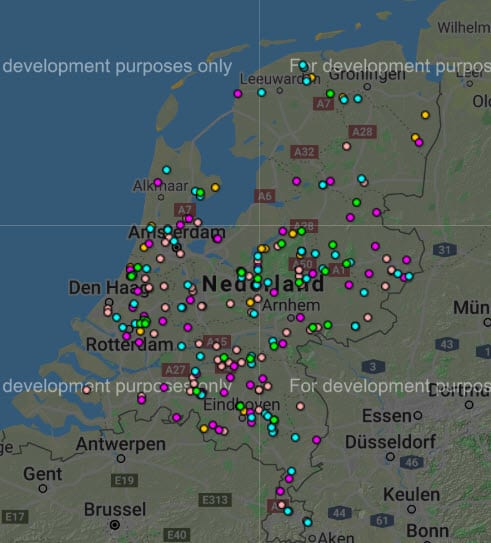 It wouldn’t surprise me if this is also the case in Europe. Maybe you know of examples of outbreaks in and around those factories?